Young Girl Has Been Hearing Voices In Her Head, And She’s Finally Ready To Tell Us What They Say

Aneska may just be 12 years old, but her parents are very concerned she will end up in jail. The little girl has had violent fits of rage since she was three, with her mother, Melanie, telling Dr. Phil: “Our 12-year-old daughter, Aneska, looks very cute and innocent, but she holds our family in a constant state of crisis.

” She added: “[She] is explosive, violent and aggressive. She lies, she steals and she doesn’t respect authority. ”

According to her parents, Aneska has threatened to kill her mother, choked her sister, kicked her brother, and threatened a vice principal at school, as well as stolen her mother’s credit card. She also killed their pet hamster with a flashlight when she was just 6 years old, and killed a nest of baby birds, squeezing them to death with her hands, when she was 7.

Her father, Dave, noted: “I’m having to keep an eye on Aneska all the time… She’s uncontrollable. Very volatile.”

Of the hamster incident, Melanie said, “When she was doing that, I didn’t realize she was doing it because she was happy. I was peaking in on her and I didn’t know she had the hamster… I bent down to play peek-a-boo with her and I noticed Kleenex everywhere, and I went over to see what was going on, and the hamster was covered by the Kleenex.” 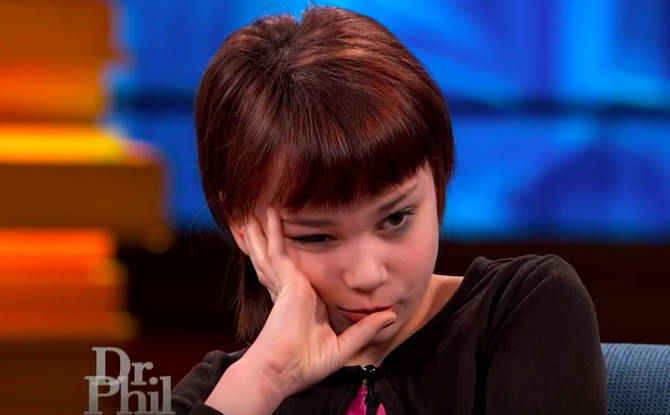 Aneska claims that voices in her head have told her what to do, such as killing the baby birds. She explained, “Sometimes I hear whispers and I can’t make out what they’re saying, so it’s scary for me. ” She spoke of one voice of a man named Mark “who died on the battlefield,” saying, “he told me how to get through a hard situation.

He said if my brothers were being loud and obnoxious, then I should go in my room and talk to him. ” 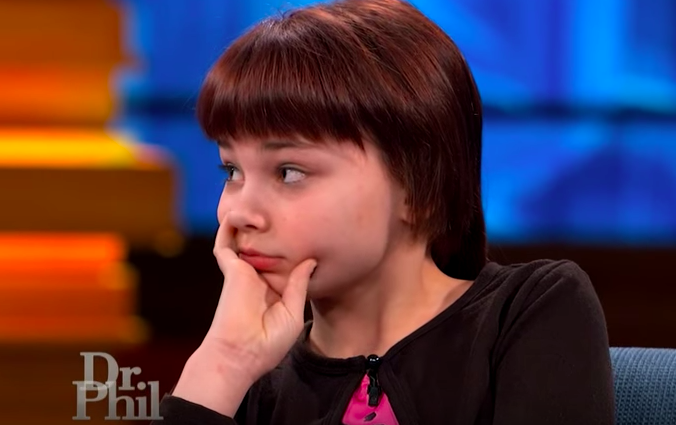 Her parents first noticed a change in Aneska when she fell off her bike and landed on her face when she was three years old. Melanie noted: “She had chipped a tooth, her face was swollen and she was bleeding. ” She added: “Aneska was taken to the hospital, and she had a quick examination by a doctor, and we were told to take her home.

About a week later, we noticed a change in Aneska’s personality. ”

Her parents believe that her behavior has worsened each year and though they’ve taken her to doctors and she’s been on more than 35 different medications, Melanie explained, “To this day, nothing has worked. If Aneska continues down this path, Aneska will either be dead or in jail.” 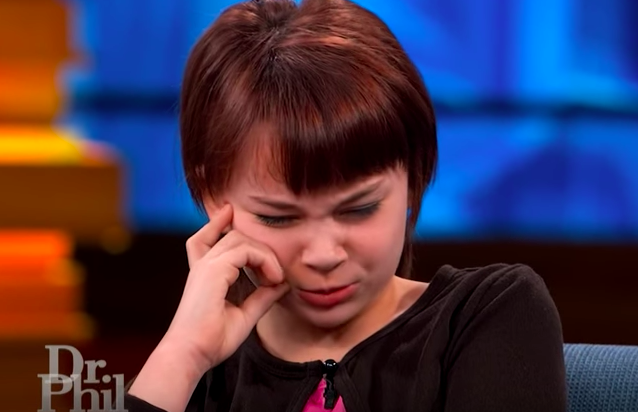 Aneska agreed, saying, “My behavior is pretty bad,” adding, “On a scale of a 1 to 10, I would think my anger would be 10.” The volatile behavior makes things stressful for Melanie and Dave’s other children, as Dave explained: “My other kids are terrified of their sister. Everybody walks on egg shells, for good reason.”

Aneska recently drew a picture of her siblings in graves, with her standing over them holding an object in her hand. She explained: “If my brothers and my sisters do something annoying, they’re in big trouble. I’ll hurt them. I’ll threaten. One time, they made me really angry and I chased my siblings around with a knife.”

Aneska further noted that when she gets upset, she doesn’t remember it afterwards, but said, “Violence makes me feel comfortable. It’s just a bad situation.”