When people get fed up with others, they can go to any lengths to express their disapproval, and some of the ways that are used to convey the message can be quite hilarious. When Lisa Price from Farmer’s Branch in Texas got fed up with her neighbor, she made sure that he knew it and so did everyone else who happened to pass by her house. 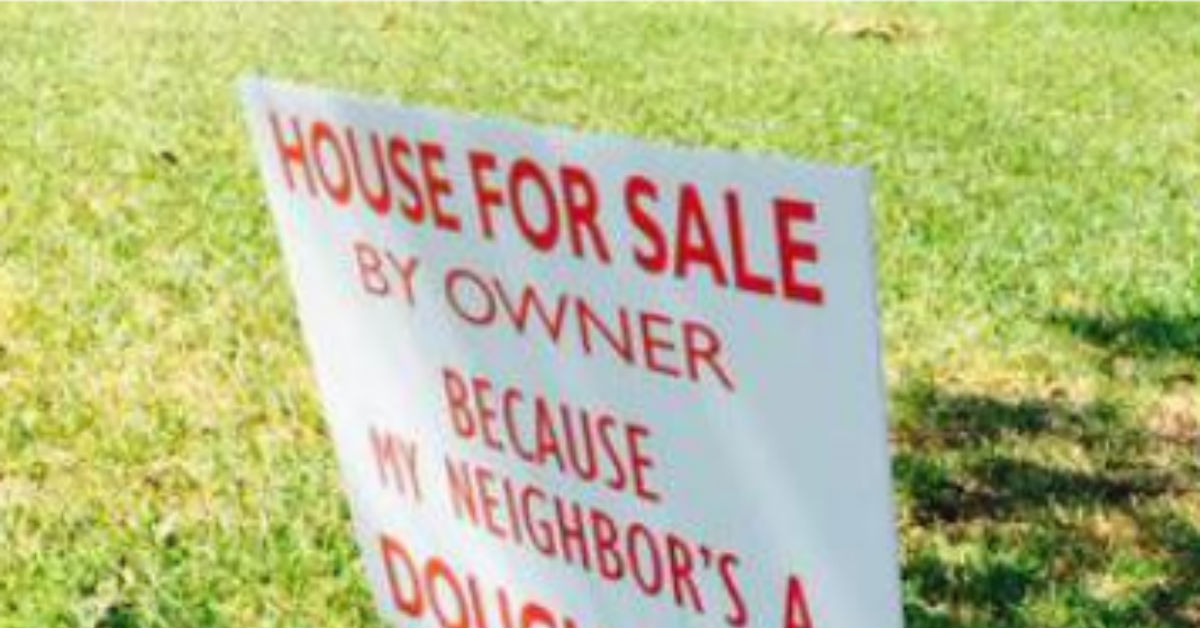 Lisa had dogs that she cared about deeply. She fed them and groomed them appropriately, and her family was very close to them. Despite all this, the dogs were quite noisy and seemed to bother her neighbor. The man complained to her about them, and she tried her best to find a way to keep them calmer.

The neighbor kept complaining about them, and Lisa did not really know what to do. One day, she noticed that her neighbor had installed a surveillance camera which pointed towards her backyard. As she continued to puzzle about this, she received a ticket from the city council that demanded one hundred and twenty-one dollars as a fine for her noisy dogs.

Lisa was outraged. After some thought, she decided to put up a sign outside her home. The ‘For sale’ sign read “House for sale by owner because my neighbor is a douchebag.” The sign caught the attention of many people, and soon enough it found its way to Facebook where an eager crowd of users waited to air their reactions.

Lisa said that she and her family had decided to put up the sign hoping that their nosy neighbor would back off. Not surprisingly, an official from the city council drove by and asked her to remove it, but the adamant woman refused. She commented later that she was not actually selling the house, just trying to teach her neighbor a lesson.

When the photo started doing rounds on social media, there were all sorts of reactions. Some people applauded her for taking action so boldly. Her other neighbors, in particular, seemed quite pleased with her, and one said that it could have a lot cruder. Another could not believe that the sign was across the street from his house.

One user, in particular, could not help but relate to the incident. The reader said that he had lived next to one such neighbor. His neighbor had been caught on camera intimidating the dogs. The Facebook user wrote that he had shown the neighbor’s landlord the footage, and he had been evicted with a thirty-day notice. 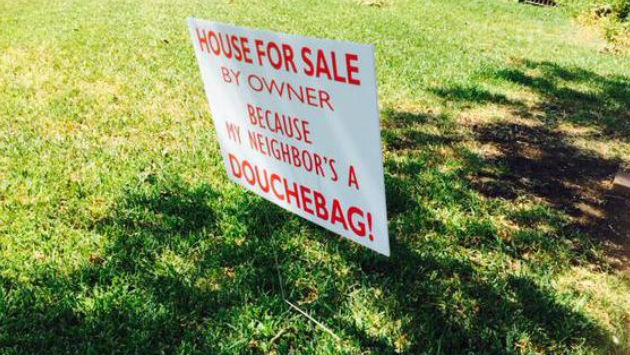 Another user applauded Lisa for dealing with the situation without breaking any laws. She encouraged her to seek legal action against her neighbor for violating her privacy, and take better steps to take care of her dog in case the man decided to do something intense like poison them. She, however, also cautioned Lisa that the dog’s constant barking may also be a law violation and that she should find a way to teach her dogs to be quieter.

The user suggested that she gets shock collars.

Other users, however, felt that Lisa was inconsiderate. One recalled living next to a neighbor whose dogs were never quiet. The user wrote it was bothersome and that Lisa was insensitive. Another even advised the neighbor in question to call bluff since Lisa was not actually selling the house, then charge her for false advertising.