Birthmarks make us unique from others like our moles and almost everyone’s got them. These are marks on our skin when we were born, but there are also birthmarks that show up once we get older.

Kiana Smith is just like any other woman but one thing sets her apart; she was born with a very rare birthmark called “port wine stain” and it covers a portion of her scalp, her left ear, down to her chin and even on her chest and back area. 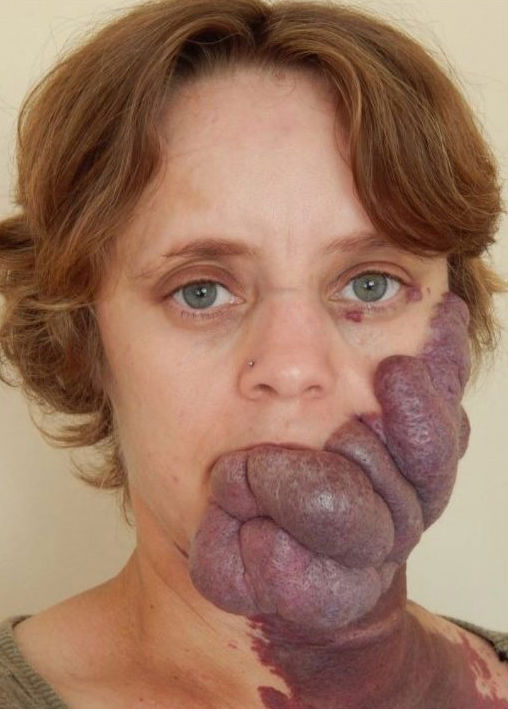 Like everybody else who’s got a unique birthmark, Kiana got her fair share of bullying while growing up. She was called some sorts of nicknames, but the one that really hurt her when she was little was when she was called the “Purple People Eater. ” She grew up knowing that she is different from her other friends.

This kind of birthmark got its purple color because the blood vessels are entirely eaten but today, this can be treated even with small kids.

With Kiana’s case, she was born in 1978 and no one was aware of what the pork wine stain birthmark was at that time, making treatment an impossible feat. During the 70s, the doctors had a name for the birthmark but treatment was impossible. Kiana shared that because of the lack of treatment options, the birthmark just continued to grow. “What really affects me is healthwise I have this mysterious fever and swelling and it affects my birthmark and it’s extremely painful,” Kiana shared. Her left ear is not even serving its purpose.

Through time, her speech got affected and she was really self-conscious about it. “The birthmark really affected my childhood, I was usually the last child to be picked for sports. I didn’t make too many friends and I was called a lot of names,” she said.

Kiana’s Transformation That Changed Her Life

Kiana got a total of 5 surgeries on her birthmark where the first one was when she was 36 years old and that was the most critical. Before the surgery, her face was really heavy and the effort to speak was tough. “Every time I talk, I used to drool as well… Sometimes I would feel the blood running and pumping through my birthmark,” she shared on an interview. After the surgeries, she got better.

She was able to speak and she doesn’t drool anymore. “It’s fantastic and I must say it adds up to my confidence. ”

Kiana set up a Facebook blog about her birthmark in order to share her experiences to the world. There may only be a few number of people who are suffering from their birthmarks but knowing that they have someone to talk to about their problem is Kiana’s ultimate goal. The internet’s response about her blog was impressive and she received comments and encouraging words from individuals all over the world.

She said, “It is great being able to share my experiences with them. ” 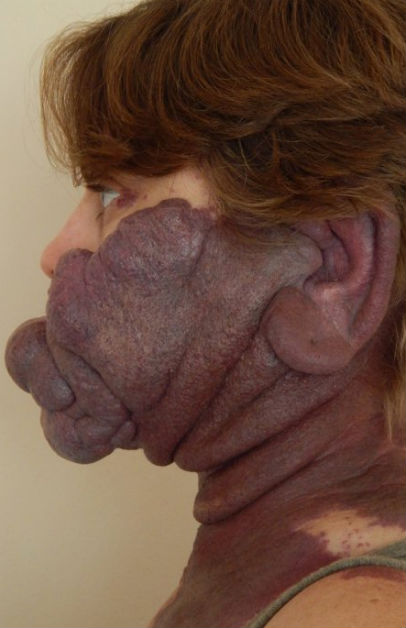 Kiana is now the Global Ambassador for Vascular Birthmarks Foundation and she helps spread awareness about birthmarks and she is able to do this through her blogs. According to Kiana, even in this world of modern technology, many people, even doctors are still not aware of the true story behind a birthmark.

Her family, especially her mother is very proud of her and even Kiana is also proud of herself that she is able to be out there and reach out to other people from all over the world.