Charlie Poveromo from New Jersey was one man who managed to leave an impression on almost everyone he met. He was a complete gentleman and was kind to people around him. Unfortunately, Charlie died sometimes in March from a heart attack, but he left behind a legacy of kindness that will remain for a long time to come.

Everyone has wonderful things to say about Charlie mainly because of the way he had treated people when he was alive. Tony Del Gatto, Charlie’s boss at Grissini restaurant where he worked as a bartender testifies to his lovely character. 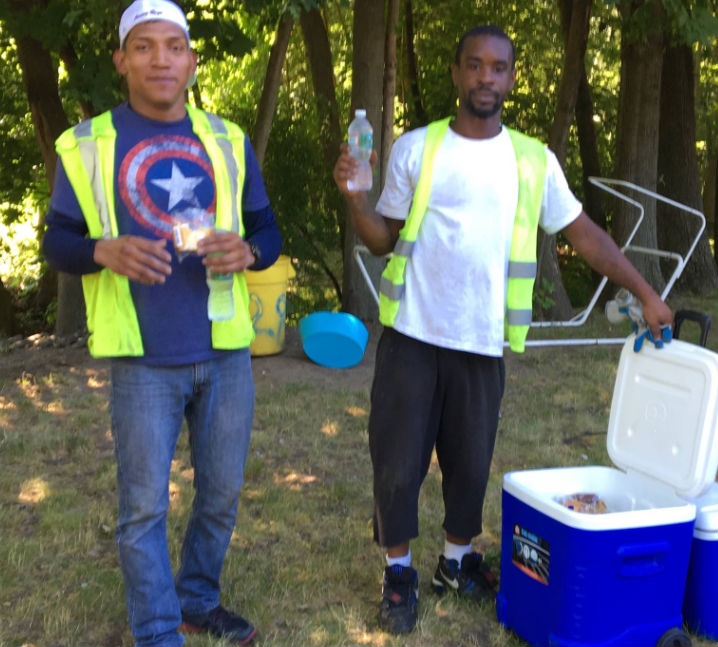 “He was one of the finest gentlemen I had ever met. Everybody felt like an individual to him. He spoke directly to people, his eyes never wandered,”

Charlie always tried his best to give people the best treatment possible. Even with a room filled with people waiting to be served, he always managed to make everyone feel special.

“There could be 20 or 30 people at the bar that needed attention but when a person spoke to him, they were the most important person in the room.”

Outside of his work, he was also known as a selfless man as well who would go to any extent to help people. One hot summer afternoon he had noticed some local garbagemen who were pale and overheated while working. Charlie had raced over to them and got them some water and plastic cups even without them asking.

“Maybe 5+ years ago, we were suffering thru a brutal summer heat wave and Charlie saw our garbage truck pull up and the men were pale and sweating profusely. He came running into the kitchen, grabbed a bunch of plastic cups and our big jug of water and made sure everyone got as much as they wanted.” His wife Velvet Poveromo wrote on Facebook.

Kind Charlie also offered them a shady spot in his compound to sit in. but the kind man didn’t stop there. The next day which was his only free day from work, he went to the grocery store and got some bottled water, ice and a cooler.

“The next morning at 6:30 am, after working all night and only getting a few hours of sleep, he loaded them into one of our coolers and waited for the truck to roll up,” Velvet said. “I watched as he went up to the truck and explained that, from now on, the cooler would contain cold drinks for them all summer long.” She explained.

Soon the news spread and it wasn’t only the sanitation guys that were stopping by at their home for refreshments. Charlie’s cooler as it would later be known started serving police officer, construction workers, and firemen as well. 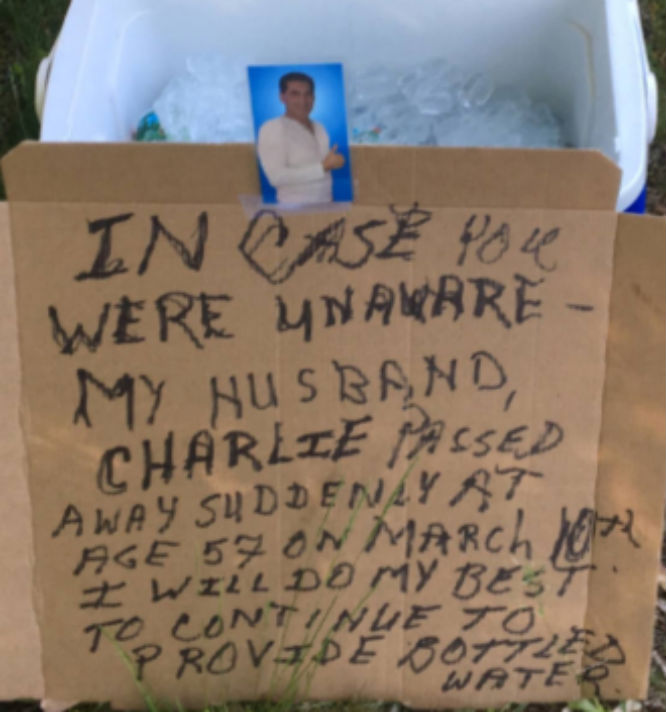 But after Charlie died of a heart attack, there would have been no cooler for the heat-perched men. However, Velvet decided to carry on with her husband’s legacy.

“I had to step into his shoes,” Velvet told NorthJersey.com. “Once the weather started getting warm, I thought, ‘Oh, my God, the water bottles.’ I had to do it. It was his tradition, and I had to honor him.”

Today, a kind’s man innocent gesture is gradually becoming a fad all over the country. The cooler now bears a photo of Charlie and has been branded “Charlie’s cooler.” People now donate items to fill the cooler and more importantly more people are creating their own version of Charlie’s coolers in places like Paramus, Norwood, Ramsey, Oradell, Wyoming, and upstate New York

“It’s taken on a life of its own,” Velvet said. “Every person who does it, it’s a tribute to him.”

Velvet is glad her husband legacy has become something that special and important. Charlie might be gone, but will forever be in the heart of all those he has touched by this simple gesture.