No one likes aging (well, most of us don’t), and when the wrinkles start to set in, desperate efforts are made to regain and retain the youth. Pat Thomas, however, was proud of her gray hair. No, it wasn’t a few streaks.

Her entire hair had turned gray, and she had lived with it for years without feeling compelled to do anything about it. Now as she approached her sixty-fifth birthday, she decided that she was going to get a makeover. 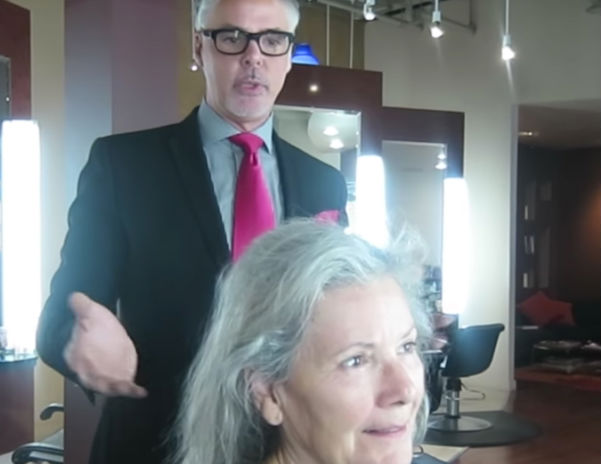 She wanted to look different for her husband who had waved away the idea, saying that he loved her exactly how she was. Her original plan, however, did not involve changing the color of her hair.

When the Make Over Guy arrived, Pat was anxious. She did not know what exactly she wanted to do with her hair or her face for that matter, only that she desperately needed to change them. This was going to be exciting not only to her but her husband and friends. She couldn’t wait to put on a whole new look and show it to them.

The stylist sat her in a chair and made her face a mirror so that she could have a good look at her old self before transforming her. She looked at her mop of grey hair, wondering what they would do with it. As the session began, she made it clear that she did not want to change the color of her hair.

She even pointed at her stylist’s hair (which had a shade of grey, the same as hers) and complimented him.

When the stylist heard this, he was shocked. He just couldn’t figure out how he was supposed to change her look while she still had the grey hair. In fact, he thought that it made her look a lot older than she actually was. He asked his assistant to bring him some weaves so that he could help Pat see the difference.

The first wig was black, and they all agreed that it made her look a little weird. The assistant’s hair had a shade of gold and Pat seemed to like it. They, therefore, brought her a similar wig, and she thought that the color looked great on her. The stylist did not say anything. They turned her around so that she could not catch a glimpse of herself as they worked on her.

The scissors were brought, and hair was falling off to her shoulders, and she had no idea what was going on. Who would be comfortable with having their long glorious hair being cut without even knowing what the rest would look like? 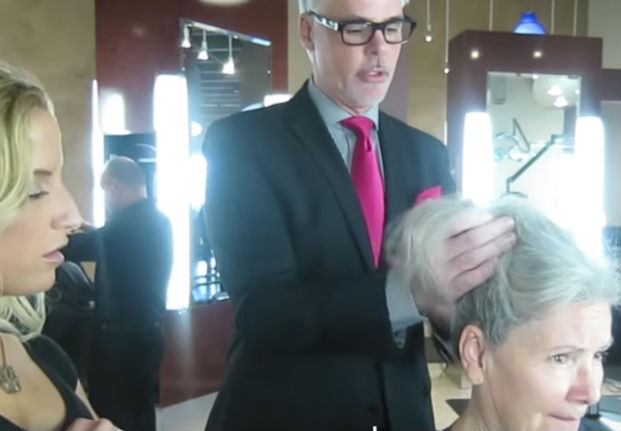 After a few minutes, they turned her around, and voila. Her long hair had been turned to a beautiful short bob. It looked good on her, but something had to be done about the grey color. It really did not suit her. They turned her around again and soon all sorts of things were being mixed up and applied to her hair.

After some minutes of absolute patience, she turned around, and she was just dashing. The look was completed by some light makeup that made her look almost thirty years younger. Her husband was sure going to be thrilled by this new blonde beauty.