Children have tantrums and will sometimes be difficult to deal with, but there is no reason for an adult to treat them badly because of their actions. Toddler milestones are something that every parent looks forward to and one of them is when they start to learn how to take off and put on their shoes or slippers on.

Every mother knows that at this age, children are easily aggravated and you should have more patience with them.

Even daycare staff should know how to deal with a child as young as this since they are taking care of children every day. But being upset and hurting a child in the process even though it is unintentionally due to the child’s’ actions is not something that should be tolerated. This is what a mother from North Carolina experienced when all she felt was a rollercoaster of emotions the moment she saw her child’s feet after fetching her from daycare.

It was something that she never expected to happen. 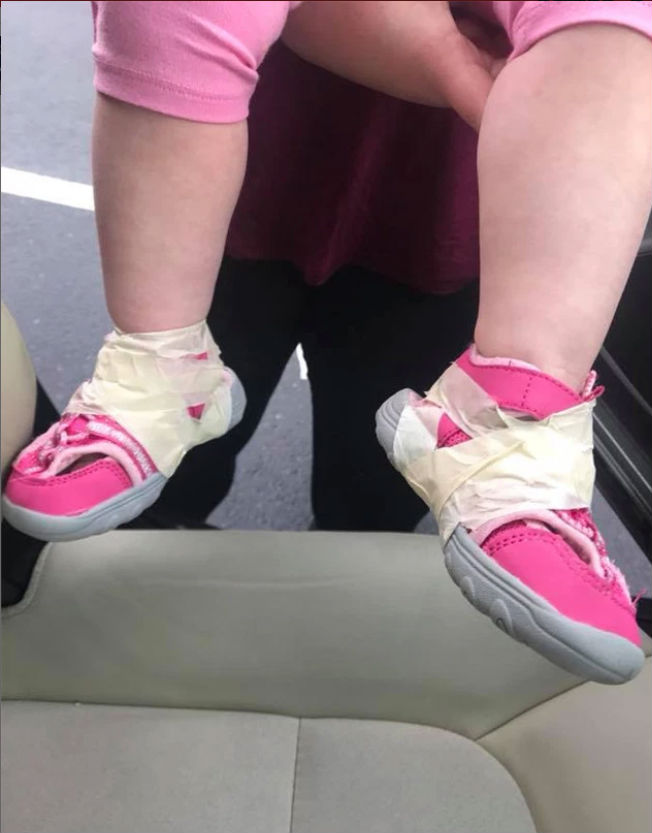 It was another ordinary day for Jessica Hayes and she picked up her 17-month old daughter from her daycare, The Pleasant Hill Baptist Church Daycare, at Elkin, North Carolina. She thought that it would just be like any other day but she was never prepared for what she will discover. The moment she saw her, she snapped pictures of her daughter with a masking tape that is tightly wrapped around her shoes and ankles.

She included the pictures of bruises and swelling that happened when she removed the tape.

The sight was saddening and sickening at the same time, thinking that any sane adult would be able to do this kind of cruelty to a 17-month old child. Jessica said in her post:

“…I AM UPSET THAT THIS HAPPENED TO MY CHILD…SOMEONE WAS CLEARLY UPSET THAT SHE WAS LEARNING [TO] TAKE HER SHOES OFF AND DONE IT OUT OF BEING AGGRAVATED….”

It is clear that the person who did this did not only tape up her shoes but to make it worse, the tape went around her ankle that must be painful on the baby’s skin. Jessica’s posts went viral and shockingly, another mother came forward and claimed that it happened to her too. Megan Howlett Cheek said, “This happened to my child as well… It was the same day as Jessica’s little girl.”

Many felt sad and angry at the same time and many supported Jessica and even encouraged her to report the issue. She did exactly that and she shared that the director of the said daycare was equally shocked as she was with the incident. Actions were taken immediately and the two employees that were involved were fired from their job after viewing the footage. 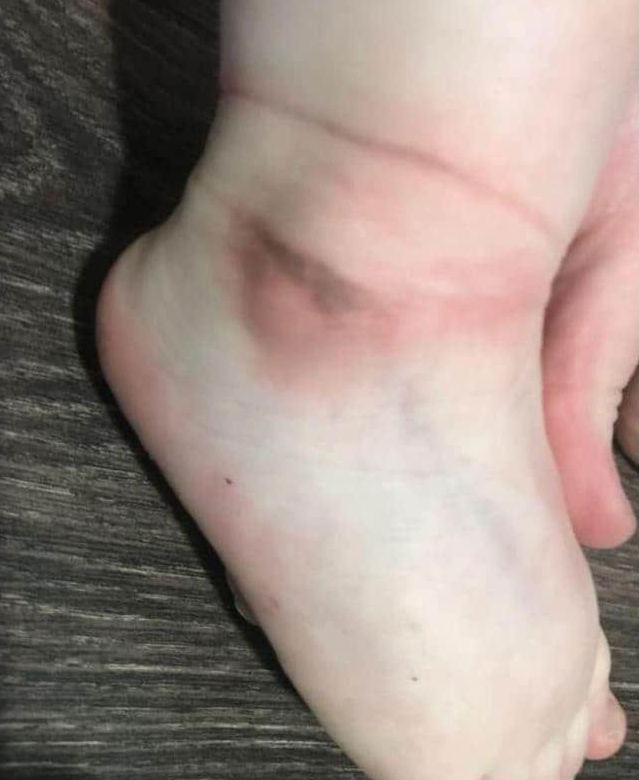 Jessica was satisfied with the quick actions the school director took but what saddened her was what she experienced the next couple of days from the parents of the other kids from the same daycare. This was something that she cannot accept as a mother. Every mother has the right to fight for their children’s rights, but not many people would agree with every action that they make.

Like Jessica, no matter what the other people say about her actions towards the incident, she did not let them faze her because what was important to her is the welfare of her daughter.