Mom Clueless Why Dog Won’t Stop Barking At Her Stomach, Finds Out He Was Saving Her Life

Animals have an amazing sense of alertness when their humans are in danger. They know how to warn us even before we realize what’s happening. This is the reason why many individuals, especially women keep dogs as their companion. This can be the reason why they are called ‘Man’s Best Friend!’ Dogs are very powerful sniffers and they would be able to detect scents that come from our bodies. 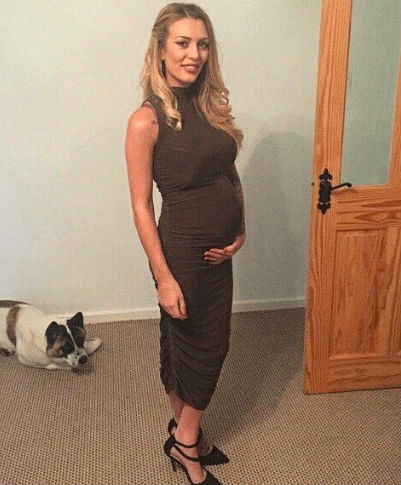 Animals will never fail to amaze us. Each of them has their special talents like the dogs’ ability to smell and identify illnesses. Trained dogs are not the only ones who have the ability to determine whether the person has certain illnesses or not.

A house dog from Doncaster, South Yorkshire saved her human mom’s life when she did not stop warning her until she go visit her doctor. The family was living harmoniously in their home when one day, the dog won’t stop nudging mom as if trying to tell her something.

Alhanna Butler and her fiance are now living a happy life with their son Lincoln and their dog Keola. Keola is an American Akita and the couple is very thankful to her because they consider her their hero. If not for her, Alhanna and Lincoln may not have survived.

Like other hero dogs, Keola may have the olfactory abilities where the scent that they pick up can be over 50 times more than what the human receptors can do.

While Alhanna was pregnant with Lincoln, she has been experiencing pains in her lower back. This alarmed her but when she went to visit her doctor she was dismissed telling her that the pain was just from her pregnancy. She went home and went on with her daily routine. This is when her pooch noticed something that the doctor was not able to notice.

She began acting strangely towards Alhanna. She would whine when her Alhanna leaves for work and when she’s home, the dog will not leave her side. Keola would keep nudging her and whimper as if telling her that something was wrong.

Keola’s warning signs were just too much for Alhanna to ignore. Dogs are able to identify the scent of a sick person because as humans, our body chemistry changes and dogs would be able to pick up the scent when this change happens. This is why there are certain type of dogs that are specifically bred and trained to sniff Volatile Organic Compounds (VOCs) that are usually found in the human body.

Some of them are even able to help the early detection of serious illnesses like cancer.

Alhanna decided to go back to the emergency room. It was then revealed that she has a very rare double kidney infection and this causes her extreme back pains. Aside from this, she is also suffering from an antibiotic-resistant bug which is also slowly killing her, and possibly her baby.

The doctor told her that if she waited longer before she gets checked, she and her son would be in a highly compromising situation. 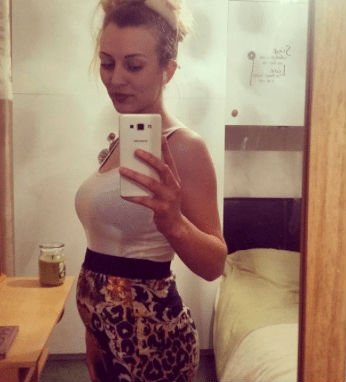 The infection was treated and Alhanna’s pregnancy and delivery to Lincoln was successful and it went on smoothly. Both mom and the baby are now completely recovered and are in a very good state of health. Thanks to Keola and her sharp sense of smell, she was able to detect that mom is sick and she needs medical intervention right away.

Lincoln and Keola are now very good friends and she will always be a special part of this family.