One creature that continues to dominate folklore and inspire movies is the Bigfoot. Also known as a Sasquatch, it originated from folk tales in North America before spreading to the rest of the world. It is believed to be a giant ape-like creature that mostly lives in the wild, and has extra-large feet. It leaves behind huge footprints wherever it passes.

The beast, however, has been associated with many hoaxes and any reports on findings that point towards its actual existence remains doubtful. For this reason, the Bigfoot remains to be as real as Snow White or Cinderella. 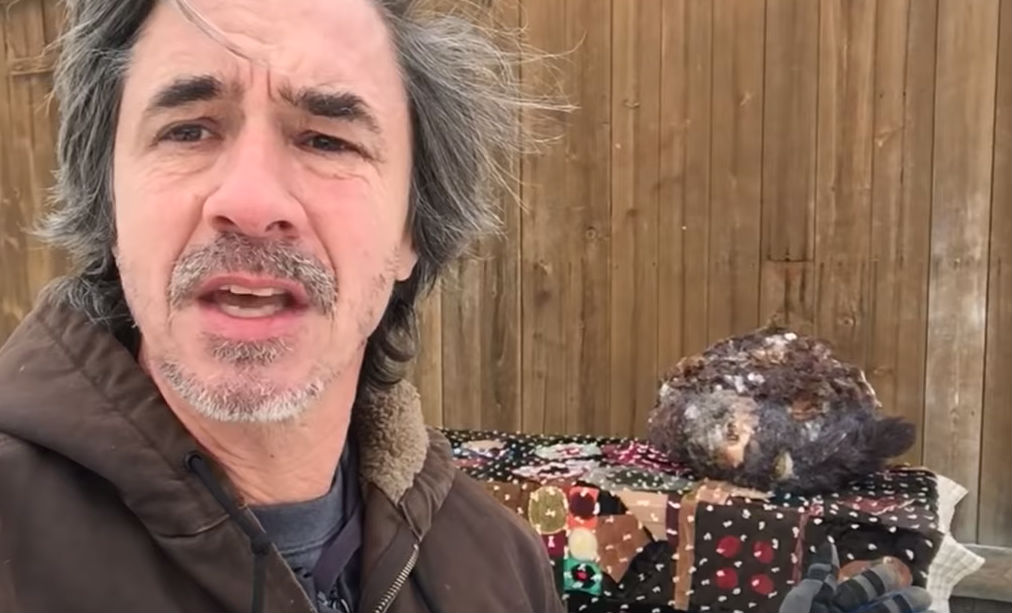 There have been increasing claims of sightings of the creature in the past few decades. Mostly, it has turned out to be a mistaken animal, usually an ape. Some people have even claimed to shoot it down and be in possession of its body parts, but scientists have dismissed them all. One man claimed to have dug up what he believes to be a Bigfoot head but scientists think that it is nothing more than a rock.

One man, however, has made the headlines. He claims to be in possession of the body parts of a Bigfoot that have been frozen for years.

Peter Kaine, a man from New York, has a good story to share. It explains that sixty-four years ago, his father and a friend were out hunting when they came across the sasquatch. They shot it down and tore it apart. Peter’s dad then brought home the Bigfoot’s head on a platter, ruining the Thanksgiving dinner.

His mother was utterly grossed out, and she thought that it looked a lot like a human head. The head continued being a source of conflict to the couple until they finally separated.

Ever since the Bigfoot’s head along with its other parts have been frozen for the past six decades, and have been in possession of Peter’s family. As the video begins, he gives a stern warning to his viewers, making it very clear that not everything in his life is a joke. He lets them know that the bigfoot’s head is real and that anyone who feels otherwise is wrong.

Kaine also points out that maintaining the creature’s current state has been very hard for the family. Freezing it continuously for that many years has been very costly for them. 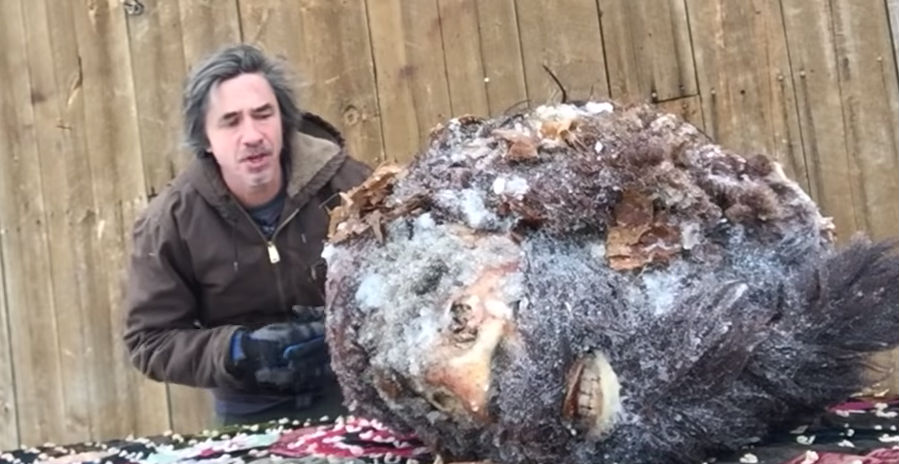 That said, he goes ahead to show the head on camera. He comments on the size of it, comparing it to his own. Kaine also points out that it is very heavy and that he had to enlist the help of his neighbor to carry it out of the freezer.

Next Kaine shows some features of the ‘Bigfoot’s head. ’ One can see two large brown eyes, and he points out that they look sunken due to the dehydration that that has taken place through the years. It also has what he refers to as a death grin, with huge teeth that look almost human. He also explains that the ears are hidden behind the thick black mane.

As the video ends, Kaine reveals that he plans to construct a museum and theme park in honor of the Bigfoot. He promises to show more parts, but only if his critics leave him alone. Do you believe him.