Dads will always have a special connection with their daughters. This is why when life took a huge turn for this 7-year-old girl, she has a lot of getting used to.

We have witnessed so many ‘military comes back home’ reunion videos online and for sure, we can’t hold back the tears the moment they are reunited with their loved ones. It’s genuine joy even though we see them cry for seeing their mom, dad, son, daughter, or grandchild for the first time after being away for months, even years! 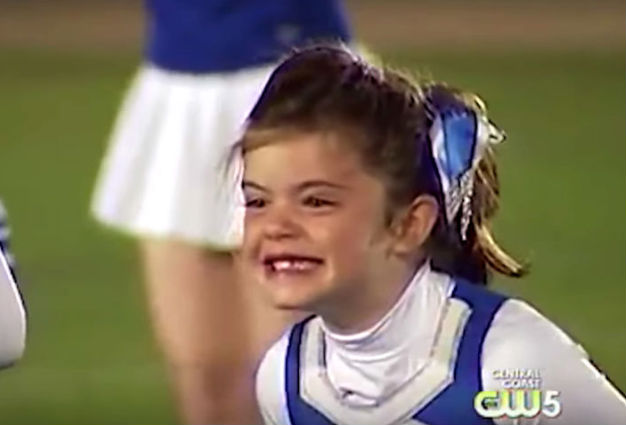 But this welcome home surprise was something different for this little girl. Her reaction was priceless and it touched the hearts of so many people from all around the world.

Hailey McGregor became a big sister when her mom gave birth to her baby brother, and her dad who is an officer in the United States Navy was deployed overseas. All of these happened in a matter of seven months. She was not used to not have her dad around so when he needs to go overseas, this drastic change became a challenging adjustment for her.

To pass her time, Hailey concentrated on her studies and also joined cheerleading at school.

One night, an ordinary football game that she was going to cheer in turned out to be a surprise for her!

While Hailey is standing on the field with her team, feeling proud after their performing their cheerleading routine, the loudspeaker had an immediate announcement. A few seconds later, Hailey heard a name which she clearly recognizes. Along with the crowds’ cheers, she heard her dads’ name being announced in the speakers as he is being welcomed to the game – it’s her dad’s name.

Not knowing what to do, this little girl was hit with a range of emotions – she was happy, shocked, and soon tears are streaming down her face.

She was confused at first why her dads’ name is being called, but as soon as she looks over at her mom who was watching on the sidelines, she immediately bolts out to run towards her. She was flinging her arms around her mom, and she signaled to Hailey to look over to the end of the field. It was indeed a surprise that brought everyone in the crowd to tears.

It’s her dad, beaming back at her with a huge smile on his face and a bouquet of flowers in his hand! 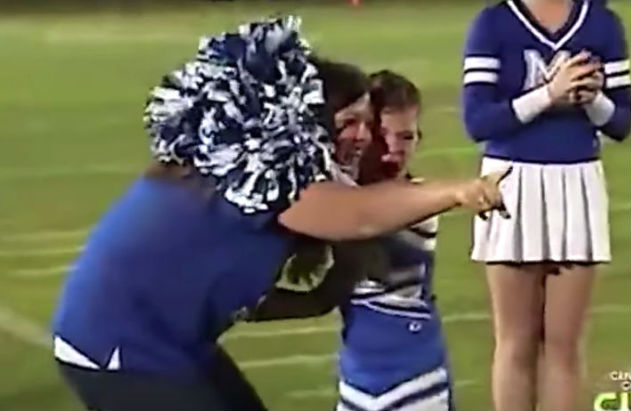 Without wasting any time, Hailey ran towards him and excitedly jumps in his arms. The crowd can’t help but cheer for them as tears on both dad and daughters’ face speak more than what words can say. During their interview, her dad said, “I’ve been nervous the whole night, I’ve been dying to see her.”

This reunion was totally unexpected for her and definitely one of those memorable memories that she and her family would remember for the years to come. It’s evident at how they both reacted how they miss each other. This surprise will surely top most of the videos that we watched online.

As a popular quote says, “Any man can be a father, but it takes someone special to be a dad.” Hailey knows that no matter how long her dad will be away from them, their love for each other and for their family will always keep them stronger.