Hollywood star Katherine Heigl who has featured in various movies and TV shows has over the years suffered a lot of loss. So when she went to Buffalo, New York to visit her family, she took out time to check on her dead relatives as well.

The Grey’s Anatomy alum and her husband, musician Josh Kelley, traveled to Forest Lawn Cemetery. They stopped by Reinhold F. Engelhardt her maternal grandfather’s grave. He died in 1985 at the age 82 when the actress was just seven. 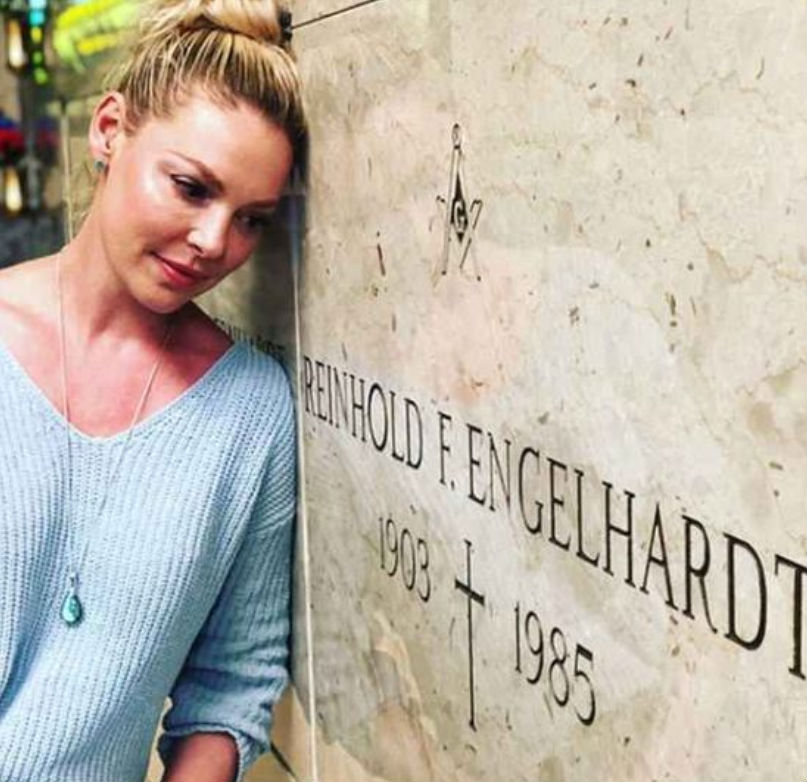 She stood next to the tombstone and posed for a photo after which she headed over to her grandmother Margaretta Jane Debus Engelhardt’s grave thereafter she visited the grave of her brother.

When her elder brother was 15 he got involved in a car accident that happened while he was out with his schoolmates for lunch. During the accident he was thrown out of the back of a pickup truck. This left him with severe injuries that eventually cost him his life.

“It’s one of those things that pretty much devastates an entire family for years and years, and then it changes the entire dynamic for the rest of your life,” Heigl said . “Everything is different forever now. But I have an amazing family, and I think that we have lived with it gracefully.”

On Instagram, Heigl shared the photos of herself posing beside her loved ones’ graves, which many of her followers considered to be respectable and appropriately sweet.

The couple came across a large tombstone with her husband’s last name inscribed on it. And to caption the picture she wrote “Josh found his own grave…which was weird.”

Another photo captioned, “I also managed to get a little gossip with the girls,” shows Heigl sitting and smiling in between two angel statues. 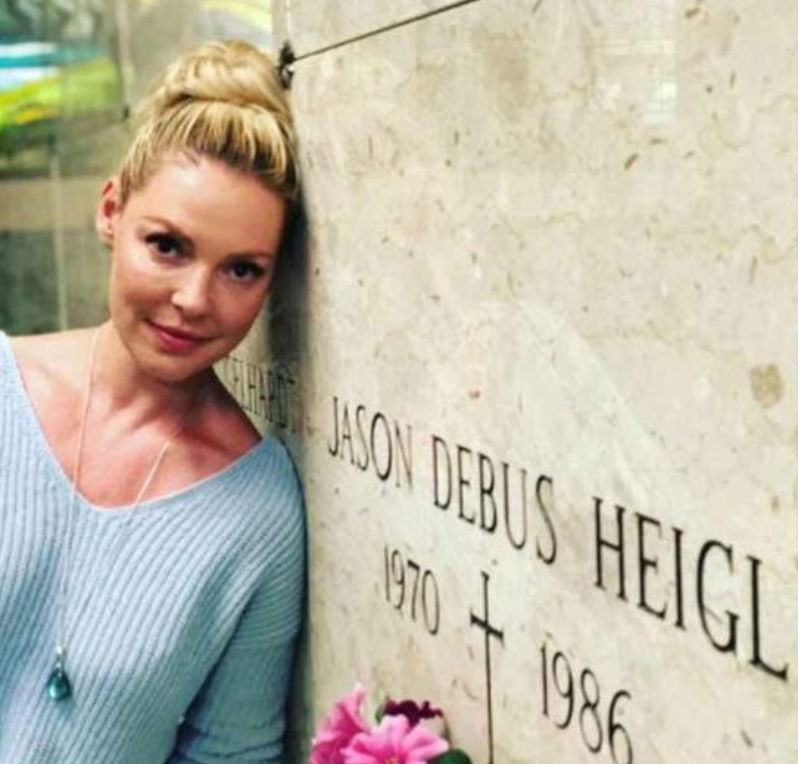 Although she meant it as a joke, people did not see any humor in it. After she uploaded the photos, angry comments began to roll in, with people making remarks about Heigl’s disrespect for the dead. Many were particularly rattled by the photo in which she’s posing on a stranger’s monument beside the weeping angels.

Hostile responses became so severe that she had to take down the picture and issue an apology for her acts.

“Hey everybody, so I’m in the car driving home from my family time in Buffalo and I noticed on my Instagram page that the post I posted earlier was getting a lot of reaction and I realized you guys are right and that was not appropriate and was disrespectful and I’ve taken it down,” Heigl said at the start of her apology video.

She continued, “But somebody commented and … was kind of just saying they didn’t think it was an appropriate thing to do, but that I was probably trying to make a hard moment lighthearted and that’s exactly what I was doing.”

“So I deeply apologize and I thank you guys for understanding that sometimes I don’t think things through clearly enough,” she added. “And I am grateful for your input and for kind of giving me a head’s up when I’m maybe going too far. And thank you for forgiving me.”

Some fans have come to her defense after the videos, telling her that it wasn’t a big deal. One user wrote “What does it matter how others react to how you cope? He was your brother. Cope how you please,”