You might want to keep off Ashmore Estates in Illinois for a while.

According to Kennedy News, this footage shows the moment when a tricycle pedaled backwards on its own inside a haunted, abandoned use.

Lee Kirkland, a 40 year old paranormal investigator, captured the eerie blink-and-you-miss-it footage on video while he was on a late night tour of a haunted house.

The red tricycle, which is oddly similar to the same one that was ridden by the creepy puppet in the Saw movies, can be seen going backwards for a moment when it was illuminated with flashlight. 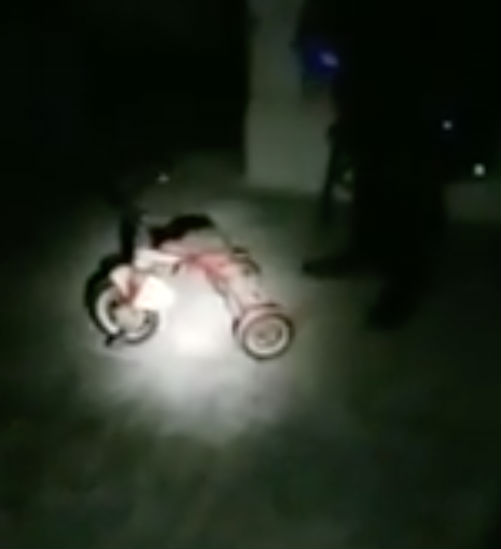 It appeared that the pedals were pushed by phantom feet as suddenly, on its own, the front wheel turned and moved backwards over the floor.

The building, now abandoned, was once a poor house it was later turned into a mental asylum. Lee is of the belief that the ‘haunted’ tricycle is an item that serves to trigger the ghouls that still live in the house.

Lee, a man from Kentucky, sad, “I was actually joking with Nick (Nick Groff, the paranormal investigator) and I was saying that he’s got to get on the tricycle and ride it. Then, I pointed thee camera at the tricycle and it just moved without any force applied to it. The footage is definitely creepy. Ashmore Estate is one of the oldest ‘poor houses’, and that is what it originated as”.

“They were community homes that housed people who had nothing during the depression and other had times. Then, it was turned into a mental asylum. There are a lot of alleged spirits still lurking in that area, and one of them is that of a young girl who is attracted to things like these.

This is not the first time that the tricycle is being reported in the estate. That is why they put these trigger objects here”.

“This isn’t the only trigger object that they have here. I think they also have a kid’s toy and a small ball, stuff like that, just lying around”

“At the time, a lot of people still didn’t see it. I reviewed it and let people see it at the end of the night, and all of them were pumped. They all wanted to get back into the room to see if they could make it happen again”.

“While reviewing, we made sure that it wasn’t moving on a slope. What you see there is hard concrete. This means that there was nothing that could actually make it move. That tricycle moved on its own. Nobody touched it”.

“From the video, you can see that the closest person to the tricycle is Nick, and even he is a couple of feet away from it.”

Lee has spent about 17 years as a paranormal investigator, and he claims to have had various interactions with the supernatural, including a ghost that threw a rock at him, a hunchback, and a ghost dinner guest that disappeared into thin air right before his eyes. 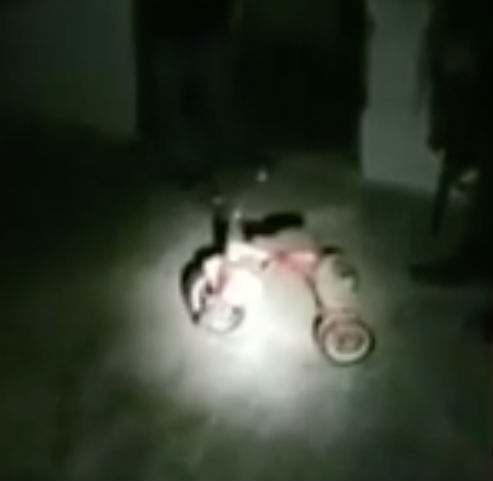 However, he claims that Ashmore Estates is his favorite location because it is by far the most haunted place he has been to.

He said, “There was tons of stuff going on throughout the night. What we do is to find a skeptic and make them have a little experience of stuff like these so that night, we saw a woman who has ever had that kind of experience. Suddenly, something grabbed her arm and left a mark there. She was really shaken up after that”.

“On another investigation, I saw a shadow figure come out the hall. This place is definitely the most haunted place I’ve been in, and I’ve been in some really haunted places all across the country”