Despite Being Warned, They Parked Illegally On His Farm. How Farmer Gets Revenge Is Hilarious (video)

Illegal parking can be very irritating especially if they are parking on your property without asking for your permission. Sometimes these disrespectful individuals can really get in your nerves and push your self-control to the limit. When they start to trespass your land, your first action is to ask them to leave.

But what if these people refuse to listen to you. A farmer who is from Croatia has had enough of these people who are parking their vehicles on his land to visit a flea market every Sunday. 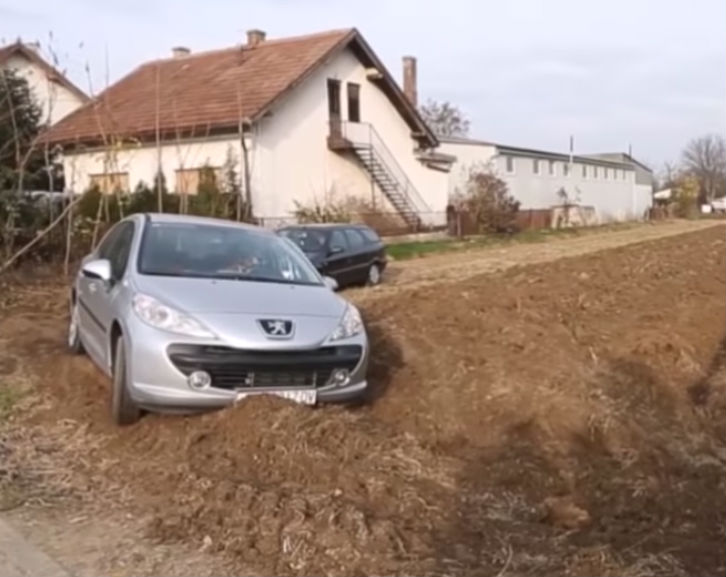 A farmer named Paul Bedekovic would ask the drivers and vendors every Sunday who were there to come to Hrelic which is a Zagreb Fair for Used Goods to not leave their cars on his orchard. It is a private property and these drivers seem not to understand what the landowner wants.

No matter how many times he pleads with them to stop and park somewhere else, they never stopped. It came to a point when Paul lost his patience with these people on another Sunday when he again saw rows and rows of cars on his cornfield. He realized that it was time to teach them a lesson by simply going to work: cleaning up his yard!

Using his tractor, he started prepping his cornfield. He plowed the area that is in between two rows of parked cars. Clearly, these cars will not be able to easily leave the vicinity! The enraged drivers invited the police to let them see what Paul did.

However, since Paul owns the land, these drivers were not able to do anything about their complaints. When the two officers arrived, they just sat in the car helping them get out of the property. According to the police officers, Paul owns the land so he can do anything that he wants with it.

According to 24 Sata, Paul also helped the cars get back on the road. Some of the car owners complained that their vehicles were damaged but really, do they have the right to complain. One of the officers who came to help them said, “He told you not to park there, so what’d you expect.

” While others were complaining, some drivers just did what they can in order to get their cars out of there. One of the witnesses said, “I guess they seriously understood it. ” 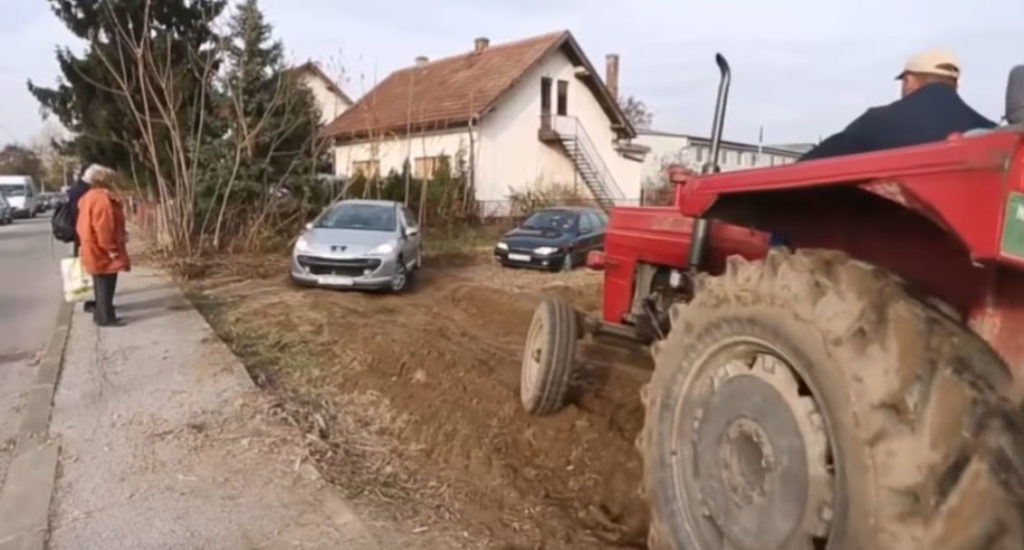 What the farmer only wanted is for these people to respect his privacy. It is his own property and no matter how much he asked them not to park there, they just ignored them and followed everybody else who parked there too! The residents are hoping that this should serve as a warning and a reminder to these drivers to never park at Paul’s land again!

Many have witnessed how Paul taught these people a lesson. Some were able to capture it on video and shared it online. There are plenty of reactions to what this farmer did. Many people think that what he did was just right for these people who don’t know how what “respect” is. There are also others who thought that his actions were too much.

What about you. If you were the owner of the property, would you act the same way. Always remember to learn how to respect others for them to do the same with you.