One of the hardest decisions to make as a parent is deciding when your kid can skip school or not. While this decision is easy to make when the situation involves an illness or any type of emergency, or special events like weddings or graduations. There are times making a decision to allow them to sit out a day or two is a very difficult task.

Micheal Rossi was faced with making a hard decision like when he decided to take his twins education on the road. His decision to take his family on a trip to Boston for the Boston Marathon ended up not clashing with the school district attendance policy.

Rossi had been training hard to qualify for the event and his family was with him every step of the way. They had seen him through a number of setbacks including a hip injury that threatened to prevent him from participating in the event. But he was able to make a full recovery and wanted his family to be with him during the race.

This was just one of the many reasons Rossi wanted the kids to go to Boston with him. confident that the trip was worth missing some days in school for, he and his wife notified the school in advance and took permission for them to miss three days of school.

The family took their trip and turned it into a family vacation of some sort as they ended up doing some other things asides participating in the marathon event.

However, on their return, Rossi and his wife were surprised when they got a note from the school principal of their kid’s school concerning their absence. The part which most striking about the letter was the part that read:

“The school district is not in the position of overseeing family vacations or evaluating the educational nature of a family trip.”

The surprised father posted the letter on Facebook to get people’s opinion about the matter and also penned a response which he intended to send to the school. Here is what it read:

While I appreciate your concern for our children’s education, I can promise you they learned as much in the five days we were in Boston as they would in an entire year in school. Our children had a once-in-a-lifetime experience, one that can’t be duplicated in a classroom or read in a book. 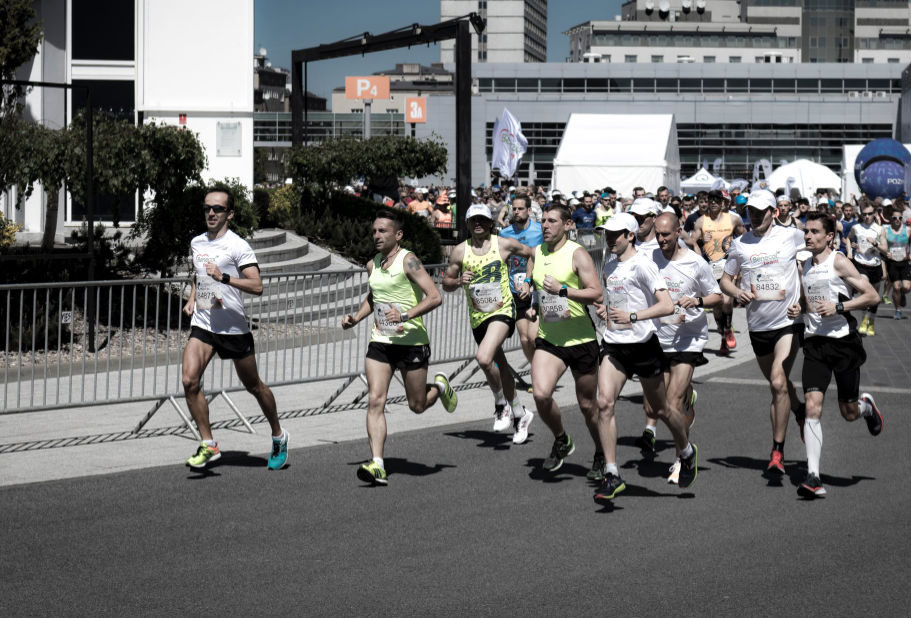 In the 3 days of school they missed (which consisted of standardized testing that they could take any time) they learned about dedication, commitment, love, perseverance, overcoming adversity, civic pride, patriotism, American history, culinary arts, and physical education.

They watched their father overcome injury, bad weather, the death of a loved one and many other obstacles to achieve an important personal goal. They also experienced first-hand the love and support of thousands of others cheering on people with a common goal.

At the marathon, they watched blind runners, runners with prosthetic limbs and debilitating diseases and people running to raise money for great causes run in the most prestigious and historic marathon in the world. They also paid tribute to the victims of a senseless act of terrorism and learned that no matter what evil may occur, terrorists cannot deter the American spirit.

These are things they won’t ever truly learn in the classroom.

In addition, our children walked the Freedom Trail, visited the site of the Boston Tea Party, the Boston Massacre and the graves of several signers of the Declaration of Independence. These are things they WILL learn in school a year or more from now. So in actuality, our children are ahead of the game.

They also visited an aquarium, sampled great cuisine and spent many hours of physical activity walking and swimming.

We appreciate the efforts of the wonderful teachers and staff and cherish the education they are receiving at Rydal Elementary School. We truly love our school. But I wouldn’t hesitate to pull them out of school again for an experience like the one they had this past week.

Thank you for your time.

Although Rossi did not end up sending the letter as he initially planned, the note went viral online with different people voicing their opinion on the subject. Rossi later said that he wasn’t in any way upset with the school or the principal since they were only following the contents of a school policy and he only has issues with such a policy that gave no exception for the family trip which could be considered educational in some sense.

Each school district has it’s on attendance rules and policies and which in some cases can even result in criminal charges when defaulted. But in so many cases, it is still left to parent to determine whether or not they want their kids to take a break from school for a vacation no matter what the rule book says.